‘pressed to the twangy bluegrass sounds of The Grascals Radio on Spotify. Click here to tune in.

This morning had a soggy start on the porch, but the fog lifted + left us with some of the coolest morning temperatures we’ve seen in the past few weeks.  When the bluegrass started playing, I was a few hundred miles away in the Smoky Mountains.  The memories of childhood family vacations file in + out of consciousness through the years, but never are they more top of mind than in the summertime.

From the time I was a chubby cheeked toddler + all the way to awkward adolesence, my two brothers, mom + dad enjoyed countless trips to our favorite mountain town along a curve of The Great Smoky Mountains on the border of The Carolinas, often accompanied by family + friends. The drive from our palmetto-dotted Mount Pleasant, South Carolina was a long, hot one that began in a stuffed, albeit snack-laden family van + was not complete without a few rituals: a prayer for our safe journey, glove-compartment stocked with three maps, mom’s mix, naps that often gave-way to laughs at one another + pit stops for cheap gas. We’d stop at the same Pilot gas station each year on our way to the mountains, it was there we’d all get the first glance of the retreat we sought + on the way back, another Pilot became synonymous with irresistible vanilla soft serve in a sugar cone, that had been dipped in a magical chocolate shell + rarely had a chance to melt in the humid haze of the piedmont of South Carolina. Afterwards we’d watch for the faint purple mountain silhouettes to beckon from the horizon as we raced to call out the objects we saw out the window that started with the letters of the alphabet to pass the time. As these foreign rock skyscrapers grew larger, we braced for the twists + turns of the road ahead with the flow of neighboring cars as they formed a frantic retreat to cooler temperatures, like a furious rush of ants away from an imminent peril. These trips often included bags of boiled peanuts from the cooler + stops for the most fragrant, fresh peaches by the bushel.

As my brothers + I grew older, staycations were more our family’s druthers, for we lived in a kind of paradise after all. Weeks spent at family beach houses along the South Carolina coast were all our family of five needed to reconnect, refresh + step out of the mundane if only for a moment in time. We hit the sand from breakfast ’til supper, showered, ate, + sometimes convinced our parents to let us out once more before sundown. When it rained, we played cards, checkers, + the occasional board game. When we got too much sun, we embraced it like a badge of honor. Days were measured by the tides.

My recollection of all those long summer days brims with vibrant memories.  On the coast; the sorbet sunrise over the unceasing crash of waves + the oppressive humidity, relieved only by the intermittent salty sea breeze, just as palatable as it was fragrant;  innumerable grits of sand that found their way to every surface imaginable were forever stuck between our toes, refusing to fall from our feet until long after our week at the beach was over + the pinch of a sunburn that would gradually fade to bronze.

In the mountains, there was: the sound of the rushing, icy cold waters that took our breathe while ferrying us down our favorite slippery rock; the crisp air flowing through our fingers outstretched through open car windows while driving down misty roads that cut a path through the mountain to lead us to adventures unknown; + the wafting scent of wet moss growing along the stone corridors; the sun falling behind green peaks at days end. 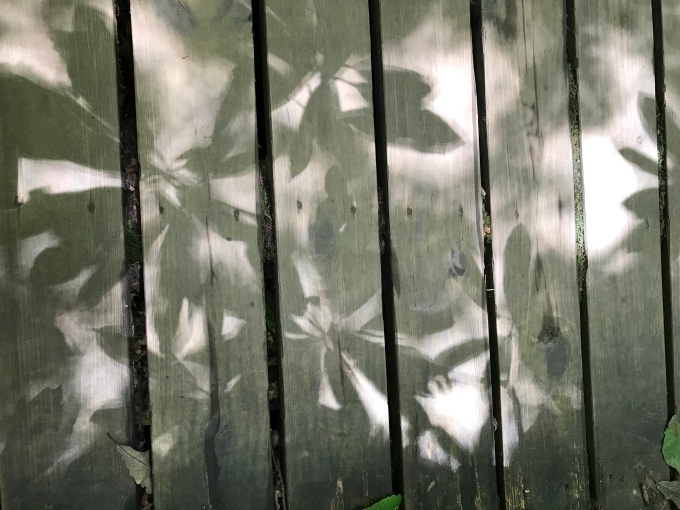 Taking in so many new sights + sounds en route to our favorite summer porches worked up an appetite for the trappings of another fond memory: the gathering of provisions.

Somewhere after our clothes were brought in from the car + bedrooms had been selected, but just before we settled in, a number of us would make the first run to the grocery store.

I looked forward to seeing the haul we would soon have spread across the kitchen countertops that magically made our vacation house our home away from home.

It was a quick drive to Ingles in the mountains + a stone’s throw to “The Pig” at the beach, where there were some surprising similarities: sandaled feet + patrons casually dressed for the outdoors –ahhhh, yes, + familiar food. Everything we had needed was found at the grocery store. When I’d hear the return of the gathers, I’d run out to the driveway + help carry bag after bag of the loot inside, + quickly unload each item with glee.  Seeing our vacation food fill up the fridge was a feast for the eyes + a fruit of the hard work that my parents had put in to get us all here to this place. Bread! Eggs! Cheese! Sausage! Bacon! Peanut Butter + Jelly! + FRUIT LOOPS! Berries + yogurt, pretzels + push-pops, bagels + cream cheese! Alongside all the breakfast items I loved as a kid, were also the pieces of Southern home cooked meals just like we shared at home. Onions, peppers, tomatoes, lettuce + more. What to me, seemed like food to feed an army was the makings of a week well spent. Which, obviously was many years before my palate evolved + decades before I would acclimate to the weekly market trips that are a now the norm for me as a mom.

Wandering the aisles of our once-or-twice a year local grocer would stir an excitement in me. We had finally arrived + we had just begun our time together in the mountains, I’d think to myself. What would we have for dinner? Didn’t we just hear someone else from home had also traveled here this week? Would we share a meal with them too? As a kid I didn’t hang out much in the kitchen, nor did I understand how to cook; food was a given + just appeared. One thing I did know, is mom + dad would cook + the food would return the favor by elevating the ambiance. Before I knew how many people sat at the table, I sensed the party vibe growing–adults laughing + enjoying a meal while kids played shuffleboard, spoons + rush. How I grew to love the camaraderie + fellowship that those large family dinners in the mountains would conjure.

Now that I’m grown + living “out of town” we have seasons when guests journey to us for a stay. I notice my mom still loves to bring special snacks to bond over…little things that fill up the counters in a way that takes me back. Pimento cheese + crackers, pork rinds, sesame sticks + a little something sweet. When Ryan + I take the family for our annual getaway to the coast, I get the same giddy feeling after bags have been brought in + rooms have been chosen, when it’s time to stock the pantry.

I suppose this is in-part, the story of how I became a foodie. Even more, it’s the reason why you’ll always see a little food + drink shared with you while you’re visiting us here on “The Porch”.

Food + drink after all, is how people have gotten to know one another since, well, forever. Think about it next time you eat something, anything with loved ones. It doesn’t have to include talk– in fact the less talk the better! The food is the conversation + we all get to share in the mutual taste experience. The presentation, the smell, the taste, most importantly, the memories made. What a treasure it is to share all of this with you as well!

Are you a foodie too? What are your favorite food memories?